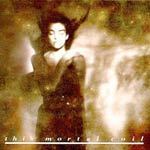 Formed in 1983, This Mortal Coil was an indie super-group formed by members of scene luminaries like The Cocteau Twins, Dead Can Dance, Magazine and Siouxsie & The Banshees.

Liz Fraser (of Cocteau Twins) is in perfect voice and creates a spine-tingling, sometimes despairing atmosphere. This Mortal Coil was a project put together by 4AD Records head, Ivo Watts-Russell and what a brainchild it was.

Timeless, lush, hypnotic, unflawed and powerfully emotive - This album is a true masterpiece!!!

So Far... The Best of Sinead O'Connor
more suggestions…