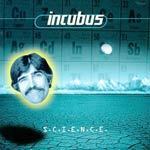 Incubus' first album S.C.I.E.N.C.E. was originally released back in 1997, and now we have this new version - re-mastered for superior sound quality!

As an added bonus, this new version now includes the first video ever for Incubus in CD Extra - "A Certain Shade Of Green".

With the success of both "Make Yourself" (Platinum) and "Morning View" (already at Gold), the band are now poised to move to the next level.

Perfectly-timed for their upcoming Auckland concert with Creed on 23 March 2002, this re-mastered version lets you hear where it all began - and lets you hear it better than ever !

Terminator 3 - Rise of the Machines

System of a Down