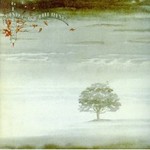 Originally issued in 1976, 'Wind and Wuthering' is now available as this digitally re-mastered disc. 'W&W' features an expansive & romantic, almost dreamlike quality to the music... It includes such memorable cuts as "Your Own Special Way" & "Afterglow".

"'Wind and Wuthering' was the worthy follow up to Genesis' classic album, 'A Trick of the Tail', and the group's second recording without their previous frontman, Peter Gabriel. Whilst not being quite as instantly memorable as 'Trick', this subsequent release from that same year (both albums were issued in 1976 - Phil and the boys must have felt they had a lot to prove after Pete's departure) features an even more expansive & romantic, almost dreamlike quality to the music…

This direction was completely at odds with the irritable strains of the punk rock movement, which was becoming ever more popular in the U.K. at the time. But thankfully, Genesis were never really concerned with following music industry trends anyway, much preferring to inhabit their own little niche of the "progressive rock" genre. Even when the band did eventually become the massive commercial success that they did in the mid '80s, they did so gradually and on their own terms; this was after developing & reshaping their sound quite considerably over the course of several albums. Basically, they bloody well deserved it!

Anyway, as mentioned above 'Wind and Wuthering' was very much in the 'Trick' mold, but is a lot denser in it's structure - featuring much precise, yet sublime musicianship. All of the compositions presented on it are exquisitely arranged, with the most memorable moments for me definitely including the majestic salvo of the first two cuts, "Eleventh Earl of Mar" & "One for the Vine"; the tender "Your Own Special Way"; both of the salient instrumental pieces, "Wot Gorilla?" & "…In That Quiet Earth"; + of course the triumphant finale that is "Afterglow", which features some of Tony Bank's most atmospheric & moving Mellotron work ever.

Overall then, 'Wind and Wuthering' was certainly an incredible album artistically for the group. Unfortunately though, it was to be the last with guitarist Steve Hackett, who subsequently left for pastures new. Still, what a fantastic recording to go out on, and as history has proven it only spurred on the remaining members of Genesis to even bigger and better things."
-MARTY (18/04/2007)

Eleventh Earl of Mar
One for the Vine
Your Own Special Way
Wot Gorilla?
All in a Mouse's Night
Blood on the Rooftops
Unquiet Slumbers for the Sleepers...
...In That Quiet Earth'
Afterglow

A Trick of the Tail