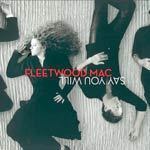 Fleetwood Mac
Say You Will

RETURN OF THE MAC ! Their first studio album in 16 years, with Lindsay Buckingham and Stevie Nicks. Available as an American imported CD.

'Say You Will' marks the studio reunion of the classic 'Rumours' line-up (their last collaboration being 'Tango In The Night' in 1987).

"[Christine's departure] kind of freed the Fleetwood Mac situation to be looked at in a fresh light and in some ways in the dynamic that Stevie and I had going before we joined the band," Buckingham told Rolling Stone magazine. "But this music is the best that I've ever done on my own, or with Fleetwood Mac, tapping into some new areas,".

Some of the songs written by Buckingham have been in his vaults for up to nine years, waiting for just the right project.