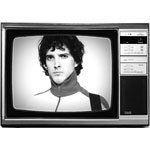 The dynamic debut from local hero / musician / comedian, who is also part of Black Seeds, Dub Connection and Flight of Conchords.

As well as being a ubiquitous presence in the Wellington music scene, Bret is well known to the theatre and has recently found international fame for his brief but memorable appearance in The Lord of the Rings.

The Black Seeds toured Australia on the strength of their second album 'On the Sun'. Bret is also involved with several Wellington jazz bands and has collaborated on numerous projects with musicians from Fat Freddy's Drop, Twinset and The Phoenix Foundation, some of whom appear on 'Prototype'.

Bret is also one half of 'Flight of the Conchords' the award winning 'folk parody' duo who have recently received critical acclaim at the Melbourne Comedy Festival and the Edinburgh Festival.

In a strange twist of fate, Bret has recently found fame as an internet cult celebrity. Following his brief appearance as an extra in 'The Fellowship of the Ring', Bret now has a number of websites dedicated to his 'elvish good looks'. Fans have named him 'Figwit' - an acronym of 'Frodo is great…who is THAT!!?'