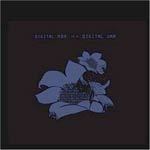 Conor Oberst, AKA Bright Eyes, is renowned in the US as one of the 'boy genius' songwriters of his generation.

The Bright Eyes maestro is only twenty-four, but he's broken a career's worth of hearts, strumming his acoustic guitar and chronicling his romantic torments.

He commands a cult of hot, sullen Conorites who would gladly crawl through broken glass to lick his plectrum. And though he is constantly offered large deals with major labels he still sticks to the tiny indie label he helped establish in 1993, when he was just a thirteen-year-old Omaha, Nebraska, kid peddling his home demos.

The sound on 'Digital Ash In A Digital Urn' is mostly created from heavy drum loops, metallic percussion, clicks, pops and buzzing synths, coupled with the distressed, cracked voice that appeals and dismays in equal measures. The sound-effect laden "Time Code" sets the scene for an album of clanking twists and turns, reaching fine apexes in "Arc Of Time" and the bouncy "Hit The Switch" that are less melodic and more ominous than their "Wide Awake" counterparts.