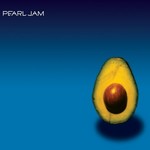 'Pearl Jam' marks the band's first new studio release in nearly four years and their initial venture into partnership with J-Records. The recording was produced and mixed by Adam Kasper & Pearl Jam at Studio X in Seattle.

"The new self-titled Pearl Jam release has got to rate as the group's best in years! It's classic PJ - full of a vigour and freshness that hasn't so much been missing of late, but rather just found the right time to rebirth the band to more than just their devoted core following.

'Pearl Jam' includes a number of seventies inspired rockers (think The Who at their best!) like the album opener "Life Wasted”, "Severed Hand”, the awesome "Unemployable”, and "Army Reserve”. Elsewhere, the shorter, more punk inflected tracks like "World Wide Suicide”, which so happens to be the first single, plus numbers like "Comatose”, "Marker in the Sand” and "Big Wave” all help to galvanise the senses; leaving no doubt in one's mind that PJ are back as a force to be reckoned with!

In contrast, interspersed here and there is a selection of beautifully sullen moments such as the lovely "Parachutes”, "Gone”, the brief "Wasted Reprise”, plus the touching "Come Back”, which features guest musician Boom Gasper playing some lofty Hammond B3 organ.

The album finishes appropriately on the slightly more epic piece, "Inside Job”, which starts off very hushed but builds to a relatively grandiose finale with the help of some inspired soloing from guitarist Mike McCready. The rest of the band are in fine form on 'Pearl Jam' too, especially singer Eddie Vedder, whose vocals are strong, clear, and in places nicely vehement.

Who's Next (2CD Deluxe Edition)