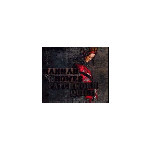 'Patchwork Quilt' EP is the first recorded work from newcomer Hannah Howes. It is an eclectic studio co-production, recorded and mixed in '03 at Otago's coastal Black Star Studios, the birth place of legendary Zuvuya's 'Weed of Wisdom' and Phantom Power's densely dark dub, and featuring a handful of noted NZ indie musicians and producers.

'Patchwork Quilt' is a modest yet compelling achievement in the arena of female reggae musicians. That is, if you can call Dunedin's outstanding indie singer/songwriter Hannah Howes a reggae musician. In true reggae style Howes' handful of spirit-driven songs address themes of reverence for life and transcendence from negative thinking, amongst other things.

Engineer and musician, Matt Eddy [Zuvuya] also adds a strong reggae element, but this EP doesn't follow a formula, in fact it breathes with aspects of folk and nuances of gospel and country, which make it altogether more refreshing and accessible.

The day after recording "Red", amidst picturesque snow flurries and wafts of hot soup and smoke, Howes flew to Wellington to remix some of the tracks with Warren Maxwell at The Surgery and to master the album at Inca Studios.

The final recording of "Red" [due to be posted up north] never came through and so the first master was done back in Dunedin at Black Star Studios. A further mix-up with the pressing meant the tracklisting didn't match the album covers. To fulfil the original plan for 'Patchwork Quilt', Hannah this year revisited Inca for a Mike Gibson re-work and re-master.

"Ambitious, intelligent and unpretentious, Howes' music speaks to the brain, heart and soul. Her lyrics are well-crafted and tight, her voice seemingly effortless. She travels easily through different styles of music, from folk to reggae to protest songs with equally captivating results.”
- Dunedin Fringe

This is beautiful understated roots, folk and alt-country music - with a nod to the likes of Hollie Smith or Anji Sami.