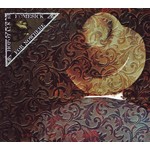 Scottish outfit Hobotalk's third album, 'Homesick for Nowhere' is, an intimate and sparsely produced collection of songs that has the homegrown feel of a band playing right in your very bedroom.

Marc Pilley, the singer/songwriter and creative force behind the group states " I wanted the vocals to sound like I was singing over the listeners shoulder. Simple and direct, with every little noise in its dusty place."

'Homesick'… is a deceptively unassuming record. Songs of lovelorn beauty and humanity, pared down instrumentally to the bare bones of the message, in a manner reminiscent of the way that Raymond Carver writes short stories. Piano and acoustic guitars create the key motifs, interweaving with close harmonies and heartrending melodies. Some of the songs, are almost haunting, others tell timeless and instantly recognizable themes of redemption; but resonant throughout the album is Pilley's frank lyric and yearning vocal. And what a voice! "There is no-one in contemporary music with a voice quite like Pilley's" quoted The Times newspaper. Like the illegitimate lovechild of Thom Yorke and Joni Mitchell, Pilley's vocal range and timbre is truly captivating, yet his words come direct from the heart.

But it has been a long and ongoing journey since the release of their debut album "Beauty in Madness" in 2000. Received to much critical acclaim, it was short listed for the Mercury Music Prize nominations and listed in The Times top 20 albums of that year. The intervening years saw turmoil with the record label, and changes both in Pilley's life and his band, but the one thing that remained constant was his prolific musical output. And while the image of him recording into a tape machine at dawn could be cynically dismissed as some sort of romantic publicity spin, it is actually how he works. As a songwriter, Pilley is something of a workaholic. Almost an obsessive. And not out of obligation, but out of a pure, driven need to create.

"My first choice of instrument has always been my acoustic guitar. Story, lyric, guitar and voice in the age old tradition of a few chords and the truth. I feel like I've come in from the cold, havin' travelled physically and emotionally threw many storms. I gather all my memories and ghosts and first put them onto paper as little prose. Poems, stories. I guess to me personally my hurt will always remain somewhere in the pit of my stomach, you just have to learn how to locate it, especially when writing."

Hobotalk refuse to be pigeonholed into any particular musical genre. Their uncluttered instrumentation has drawn comparisons to early Tim Hardin. Live, they build a dynamic and swagger reminiscent of The Band.