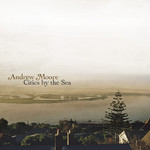 Andrew Moore
Cities by the Sea

Playing a diverse mixture of genres, Andrew Moore blends many different elements within each song to create a sound which is unique to the local music scene.

Based in Wellington, Singer / Songwriter Andrew Moore has quickly established himself as one of New Zealand's most promising young musicians. Playing a diverse mixture of genres, Andrew blends many different elements within each song to create a sound which is unique to the local music scene. His smooth, honest voice; his gentle and intricate guitar playing; and his ability to craft melodies of simple & sorrowful beauty set him apart as one of New Zealand's finest songwriters. Though he is a man of only 23, his music possesses a worldliness that is both intriguing and comforting.

Playing with Andrew Moore Trio, and as an integral member of Wellington favourites, The Thomas Oliver Band, Andrew is quickly becoming known for his intricate, honest songs, and a voice that sends a shot straight to the heart. With sought after copies of his debut album, 'Cities by the Sea', beginning to float around the Wellington scene long before it's official release, Andrew now takes to the stage with full band, and a fully realised vision of a bold new sound.