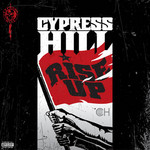 'Rise Up' includes "Armada Latina" feat. Marc Anthony & Pitbull and the incendiary title track, "Rise Up", which features Rage Against The Machine / Street Sweeper Social Club's Tom Morello. The famed guitarist co-wrote and co- produced the song "Rise Up" and appears on a second track titled "Shut `Em Down." Ingeniously crafted, the collaboration on "Armada Latina" brings forth the strength and presence always commanded by Cypress Hill.

The follow-up to 2004's 'Till Death Do Us Part', 'Rise Up' was recorded over the course of the past three years at B-Real's studio, The Temple, in Los Angeles.

Power To The People and The Beats: Public Enemy's Greatest Hits