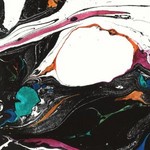 A track list spanning their extraordinary ten-year history, including such classic tracks as "Destiny," "Home," "Futures," "In The Waiting Line," and "Everything Up (Zizou)".

To compile 'Record', Zero 7 - aka Sam Hardaker and Henry Binns - have combed through their back catalogue to compile a track list spanning their extraordinary ten-year history, including such classic tracks as "Destiny," "Home," "Futures," "In The Waiting Line," and "Everything Up (Zizou)".

Childhood friends Binns and Hardaker began their musical career as sound engineers before teaming up as Zero 7 to produce remixes for the likes of Radiohead, N.E.R.D., Sneaker Pimps and Lambchop.

In 2001 they captured the attention of music lovers around the world with their now-classic debut, 'Simple Things'. That era- defining collection was followed by 2004's acclaimed second album, 'When It Falls', along with their contribution ("In The Waiting Line") to the Grammy-winning soundtrack of 'Garden State'.

'The Garden' followed in 2006, featuring guest vocals from such like-minded stars as Sia and José González. The album's inimitable brand of ambient soul earned Zero 7 a bounty of critical praise, not to mention a Grammy Award nomination as the year's "Best Electronic/Dance Album."

Three years later, the duo returned with the bold 'Yeah Ghost', which featured a phalanx of guest vocalists, including singer/songwriters Eska and Martha Tilston, as well as a rare vocal from Binns himself on "Everything Up (Zizou)."