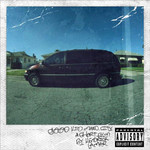 According to Nielsen SoundScan, the album debuted with more than 241,000 in sales in the U.S.A and also lands atop the Billboard R&B/Hip-Hop chart and at #2 on the Billboard 100 behind only Taylor Swift's Red. good kid, m.A.A.d city earns the biggest-selling debut week for any new artist debut in 2012.