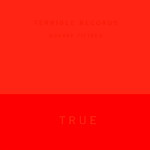 Solange's first independent release, a seven-track EP for Grizzly Bear member Chris Taylor's Terrible label, follows the Top Ten album Sol-Angel and the Hadley St. Dreams. As the gap was four years in length, True naturally sounds significantly different -- not much like her loose, Day-Glo throwback soul of 2008. Written and produced with Dev Hynes (aka Lightspeed Champion and Blood Orange), the songs have a diaphanous new wave via synth funk sound that is much closer to Little Dragon than the Dap-Kings. The lyrics detail a busted relationship and provide aching, wistful, and frustrated contrast to the animated and slowly swaying backdrops. The mournful closing ballad "Bad Girls" features an unsurprisingly chunky bassline from Verdine White, yet the drum machine and slightly decayed surface make the whole thing sound more like a 1984 Mtume demo (not a knock). This is a promising prelude to Solange's third proper album. - AllMusic