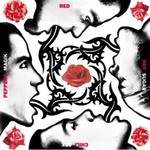 With BLOODSUGARSEXMAGIK the Chilis produced the defining moment of funk rock and the high point of their career. Raunchy and explicit from the first, the lyrical content was not for the easily offended and frequently strayed into misogyny. Musically, it straddled metal and funk with ease; in addition to the stomping, infectious rockers ("Give It Away," "The Power Of Equality") and the downright funky ("Mellowship Slinky," "Apache Rose Peacock"), all underpinned by Flea's virtuosic but unselfish basslines, the band also showed themselves capable of writing surprisingly melodic ballads ("Breaking The Girl," "Under The Bridge").

Though the RHCP had been in existence for a decade by the time this Rick Rubin (Beastie Boys, Johnny Cash, Adele) produced album was released, this was the record that introduced their punk-funk sound to the mainstream and levitated the band to being one of the biggest touring acts of the last 20 years.

Side 1:
Power Of Equality, The
If You Have To Ask
Breaking The Girl
Funky Monks
Suck My Kiss

Side 2:
I Could Have Lied
Mellowship Slinky In B Major
Righteous & The Wicked, The
Give It Away

Side 3:
Blood Sugar Sex Magik
Under The Bridge
Naked In The Rain
Apache Rose Peacock

Side 4
Greeting Song, The
My Lovely Man
Sir Psycho Sexy
They're Red Hot