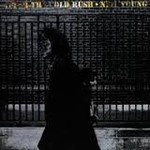 Neil Young's third solo album followed his Crosby, Stills, Nash and Young masterpiece Déjà Vu. Top 10 and double platinum, with the Top 40 "Only Love Can Break Your Heart" and his condemnation of racism in "Southern Man". 1970's After The Gold Rush has been ranked among the "100 Greatest Albums Of All Time" by both Rolling Stone and Time magazine.

Side two
"Oh, Lonesome Me"
"Don't Let It Bring You Down"
"Birds"
"When You Dance I Can Really Love"
"I Believe in You"
"Cripple Creek Ferry"