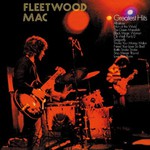 This is a re-release of the famous 'red sleeve' Fleetwood Mac Greatest Hits album. This record was a stalwart of every decent album collection in the early 1970s as it represented the first greatest hits package from Fleetwood Mac, covering the period from the band's beginning in 1968 through to 1971.