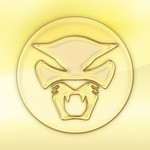 If indeed "you blows who you is," as Louis Armstrong once famously said, then Thundercat's bass is a mainline to the soul of a man whose DNA was transcribed from the stars onto staff paper. His Flying Lotus-produced debut, The Golden Age of Apocalypse, offers both stone-cold skill and uncanny astrality, picking up where the pair left off on 2010's Cosmogramma and further distilling the jazz current running through that landmark Lotus release.

A longtime contributor to others' albums, Thundercat, is accompanied by an impressive cast ranging from Erykah Badu to members of Sa-Ra and J*DaVeY, to pianist Austin Peralta and his own Grammy-winning brother, drummer Ronald Bruner, Jr. Still, the end result is unmistakably a Thundercat record - a lush and magical document combining classic jazz fusion, futurist electronic strains and timeless musical seeking.