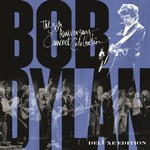 LP2 Side 2:
1. Just Like A Woman - Richie Havens
2. When The Ship Comes In - The Clancy Brothers & Robbie O'connell With Special Guest Tommy Makem
3. You Ain't Goin' Nowhere - Mary-chapin Carpenter,rosanne Cash & Shawn Colvin
4. I Shall Be Released - Chrissie Hynde

LP3 Side 2:
1. Emotionally Yours - The O'jays
2. When I Paint My Masterpiece - The Band
3. Absolutely Sweet Marie - George Harrison
4. License To Kill - Tom Petty & The Heartbreakers