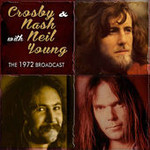 By early 1972, Crosby, Stills, Nash & Young were enjoying massive success, both as a group with tremendous album sales, and as a touring band in high demand. Individually, they had recently recorded career-defining solo albums, but had not toured together in well over a year, which heightened the frenzy for any public appearance.

A few CSNY favourites, such as the set opener, "Wooden Ships," and two tracks from Deja vu, Nash's "Teach Your Children" and Crosby's "Almost Cut My Hair" (a rarity in acoustic form) are featured, but the set primarily focuses on newer material from solo albums by all three. This was a particularly prolific era for Graham Nash, who had released some of his most memorable songs over the previous two years.