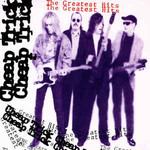 if you have to narrow Cheap Trick's catalogue down to 13 tracks, there's nary a dud in the bunch here (even the much maligned power ballad "The Flame" works in this context). The bottom line is that Cheap Trick's blend of Anglo-influences (Beatles, Move, The Who) and American attitude made them one of the most inventive rock bands ever.

In Robin Zander they possessed perhaps the genre's most criminally underrated singer. A cover of "Magical Mystery Tour" which appends the psychedelic coda the song always deserved (complete with a brief sample from "I Am the Walrus").

Cheap Trick were perhaps at their best as a live unit and that's reflected in the selection of two live cuts within this collection. The addition of their smash hit "Dream Police" makes this a fantastic collection for the Cheap Trick fan.