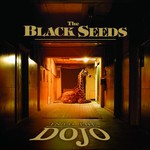 The Black Seeds
Into The Dojo (LP)

'Into the Dojo' is the third studio album from the band The Black Seed, originally released in 2006; it is now available on Vinyl for the very first time.

The album's 11 tracks reveal a band both fully confident in their own sound and possessing all the energy of a brand new band, fresh off the blocks.

'Into The Dojo' captures The Black Seeds' sound in their purest and rawest form and I'm sure it will appeal both to those who still mourn Bob Marley's passing each day, and those young cats who are seeking out a cool, after-hours party soundtrack, free from the mainstream and not afraid to give people that mysterious, yet strangely familiar, something different: a dub-heavy pop gem.

Side A:
Sometimes Enough
The Answer
Heavy Mono E
Cool Me Down
One By One

Side B:
Give and take
Got a Girl
Love Property
Good People (Get Together)
Way the World
The Prince