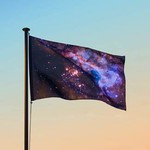 Shapeshifter's sixth album "Stars" is the follow up to the incredibly well-received album "Delta". Released in 2013, that album reached platinum status, spawned the platinum single 'In Colour', and earned the band the accolade of 'Best Group' and 'Best Electronica Album' at the Vodafone New Zealand Music Awards.

The beginning of the recording process for the new album took place between Shapeshifter's studios in New Brighton and Auckland. "We had a group of about 100 song ideas. We spent six months solely focused on writing tunes and ideas, and 'Stars' was one of the 11 tracks that made it through to the end" explains Nick Robinson. "Once we had our ideas locked down, we spent time in Roundhead Studios in Auckland producing it there with Dylan Jones and Jeremy Glenn from The Upbeats. We're ecstatic with the result."