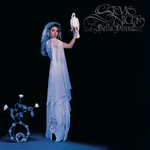 This album uncovers unreleased versions of "Edge Of Seventeen" and "Leather And Lace," as well as rarities like "Blue Lamp" from the Heavy Metal Soundtrack and "Sleeping Angel" from the Fast Times At Ridgemont High Soundtrack. This deluxe edition also includes a concert from 1981 that features performances songs from Bella Donna along with several Fleetwood Mac favorites.

Disc One: Original Album
1. Bella Donna
2. Kind Of Woman
3. Stop Draggin' My Heart Around - with Tom Petty and the Heartbreakers
4. Think About It
5. After The Glitter Fades
6. Edge Of Seventeen
7. How Still My Love
8. Leather And Lace
9. Outside The Rain
10. The Highwayman