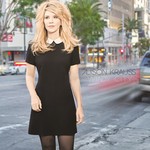 Windy City is a beautifully curated collection of classic songs produced by Nashville Veteran Buddy Cannon. While they span different eras and musical genres, there is a unifying sensibility. Some of the songs are familiar like Gentle On My Mind, a signature song of Glen Campbell's, and You Don't Know Me which was a hit for Eddy Arnold and Ray Charles. Others were lesser known, like Willie Nelson's I Never Cared For You and All Alone Am I, originally recorded by Brenda Lee.

Alison Krauss is the most awarded female artist in GRAMMY history (27 awards including Album of the Year in 2009).

"Alison Krauss' voice can seem like an entity unto itself: a holy spirit wafting through the pop world, melting away musical categories. Of course, that's not what it is at all. It is the instrument of an astute musician who began pursuing her craft in bluegrass as a child and who's logged in hours of work learning that genre as well as country, folk and pop. Krauss is not some kind of angel - she's a real woman, a master of in-studio collaboration, and one of the finest players, on fiddle, in her field. Windy City..., Krauss's first solo album since 1999's adult-contemporary oriented Forget About It, shows off her intelligence and good humor in versions of classic songs that are delightfully down to earth." NPR