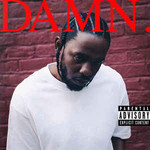 "DAMN. is a widescreen masterpiece of rap, full of expensive beats, furious rhymes, and peerless storytelling about Kendrick's destiny in America.

Life is one funny motherfucker, it's true. "DUCKWORTH.," the last song on Kendrick Lamar's fourth studio album DAMN., tells a winding story about Anthony from Compton and Ducky from Chicago, whose paths cross first over KFC biscuits, and again, 20 years later, when Ducky's son records a song about the encounter for Anthony's record label. It's a precious origin story, the stuff of rock docs and hood DVDs, and it's delivered with such precision, vivid detail, and masterful pacing that it can't possibly be true. But it's a tale too strange to be fiction, and too powerful not to believe in-just like its author. Kendrick Lamar has proven he's a master storyteller, but he's been saving his best plot twist this whole time, waiting until he was ready, or able, to pull it off.

Storytelling has been Lamar's greatest skill and most primary mission, to put into (lots of) words what it's like to grow up as he did-to articulate, in human terms, the intimate specifics of daily self-defense from your surroundings. Somehow, he's gotten better. The raps on his fourth studio album DAMN. jab mercilessly like a sewing machine. His boyish nasal instrument is distinct and inimitable as it slithers up and down in pitch on "PRIDE." Even when Lamar sounds like Eminem, or Drake, or OutKast, he sounds like himself, and he arguably outpaces them all as a writer. On "FEAR.," he relays daily threats from his mom ("I'll beat your ass, keep talking back/I'll beat your ass, who bought you that? You stole it") and from his neighbors ("I'll probably die because I ain't know Demarcus was snitching/I'll probably die at these house parties fucking with bitches") over low-slung blues stirred by The Alchemist. Lamar's recitation is so effortless you wonder where he breathes, or if he does at all.

Kendrick is a relic of the mid-aughts rap blog era, where bedroom WordPress pages would post .zips of albums by amateurs. After years of such releases, Kendrick dropped a self-titled EP in 2009 that featured Big Pooh from Little Brother and elicited such Nah Right comments as "I like the beats on this" and "who da fuk?" Accolades swelled with each project; by 2011, he was considering signing with Dr. Dre; by 2013, he was playing "SNL" and touring with Kanye West. He came of age with his fans, and by 2015's To Pimp a Butterfly, he put to music their chest-clenched frustrations. Ever the curtain-puller, he released an album of untitled and unmastered drafts and grew his hair out. His short absence, even after lending Taylor Swift a verse, has been made to feel longer by his media shyness and a surging tide of new rappers shuttled out daily.

Throughout it all, he's avoided the boxed-in fates of predecessors like Nas and peers like J. Cole through an electric originality and curiosity. He mastered rap not for mastery's sake, but to use it as a form, undeterred by slow-eared fans who'll only highlight his "simplest lines." His best new trick is repetition; it offsets his density and drills his ideas, as enthralling as a Sunday sermon or pre-fight chirp session. There have been few threats committed to record as sincere as, "Let somebody touch my mama, touch my sister, touch my woman/Touch my daddy, touch my niece, touch my nephew, touch my brother"-you tick down the list along with him, slot in your own lifelong bonds with loved ones. Such internal processing plays out through the album's Greek chorus, via the singer Bēkon, who speaks in riddles of balance throughout: "Is it wickedness, is it weakness;" "Love's gonna get you killed, but pride's gonna be the death of you;" "It was always me versus the world/Until I found it's me versus me."

DAMN. is best in these philosophical spaces. It lags slightly around the center, where the concept loosens: "LOYALTY.," with Rihanna, has all the makings of a radio mainstay this summer, and is as low-stakes as the platform demands; it's always fun to hear Rih rap, and her presence is its most interesting aspect. "LUST." would sound better if it weren't next to an ear-worm as tender as "LOVE.," which slow-dances between Zacari falsettos and Lamar's sheepish read of the girl who fills him up. Between the two tracks, it's easy to tell which force is tugging at him harder.

The record's few lulls succumb to what surrounds them. The springboard bounce of "HUMBLE.," the war chant of "DNA.," and hot steel of "XXX." show Kendrick in his element, fast and lucid, like Eazy-E with college credits and Mike WiLL beats. The production is taut and clean, but schizophrenic, often splicing two or three loops into a track and swaying between tempos, closer in kin to good kid, m.A.A.d city's siren-synths than Butterfly's brass solos. If he was "black as the moon" on his last album, he's an "Israelite" here, refusing to identify himself by the shade of his skin but fluent in the contents of his D.N.A. *Butterfly *floated along to soften its scathing stance-"We hate po-po" sounds better over a smooth saxophone-but with so many "wack artists" in play, what's the reward for upliftment? Kendrick is so alone at his altitude that when he acknowledges Fox News, let alone Donald Trump, it feels like a favor to them both.

Still, the album exists for "DUCKWORTH." It's the final piece of the TDE puzzle, a homegrown label of Compton natives that happened to deliver the best rapper of his generation. If we're to believe the song's last gunshot-and its seamless loop back to track one-much of DAMN. is written from the perspective of a Kendrick Lamar who grew up without a father to guide him away from the sinful temptations outside his home. He bobs in and out of this perspective, but the repeated pledges to loyalty and martyrdom evoke the life and mind of a young gang member who carries his neighborhood flag because no one's proved to him that he shouldn't. These choices, Lamar suggests, aren't pre-determined or innate, but in constant dialogue with and in reaction to their surrounding circumstances. They aren't above or beneath anyone who can hear his voice. Success and failure choose their subjects at their whim; we're as grateful as Kendrick for his fate."
Pitchfork review by Matthew Trammel - 9.2/10