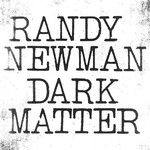 "Newman ... has a knack for writing songs that … are so attuned to what's going on in the U.S. that they become predictive, articulating uncomfortable thoughts that are in the air but had theretofore gone unarticulated." - Vanity Fair

The record is the follow-up to 2008's acclaimed Harps and Angels, which the Guardian praised for its "sumptuous melodies, devastating pathos and thorny, irony-laden character songs," calling it, "the work of a true master of popular song."