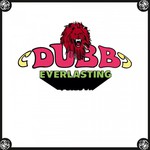 Duke Reid's nephew Errol Brown got his start as a junior sound engineer at his uncle's legendary Treasure Isle studio. There he made his first tentative steps in production and 1975's Dubb Everlasting was the result. Three years later followed by Dub Expression [MOVLP2065].

Key to this success was the crack outfit from the Channel One studio, the Revolutionaires. Featuring the eminent talents of Sly Dunbar and Robbie Shakespeare to name but two, the band's expansive skill, taste and restraint is evident and contributes to the success of this album. What sets Brown's Dub albums apart from the herd, is that there seems to be a lot more happening on them. Sure there are the spacey, chilled moments as well, but more instruments than the bass and drums are given a chance to shine more often. He's left a bit more in than most Dub practitioners, which keeps things interesting. Being a sound engineer at heart, he liked to keep things moving along, bringing instruments up in the mix and sparingly using drop-out, which makes it all more effective.