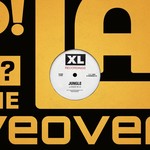 Jungle return with a set of new songs, each showcasing a very different side of their sound. 'Happy Man' and 'House In LA' are the first tracks to be revealed from Jungle's forthcoming second album.

'Happy Man' sees the band visiting themes of disenfranchised youth in an era where the dreams of Baby Boomers are out of reach for a younger generation. Accompanied by a stunning video that gives you a glimpse inside Jungle's world by introducing the band and new Jungle member Zangi who can be seen dancing.

'House In LA' is a complete 180 turn from 'Happy Man'. It finds the band holed up in the hills of Los Angeles, heartbroken, regrouping and soul searching. And from that a modern psychedelic anthem emerges that is Jungle's finest production moment to date, making full use of the armoury of live sounds they developed touring the world over the previous five years.