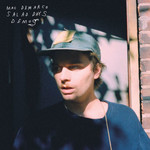 The recording of Mac DeMarco's 2014 album Salad Days came at the end of a massive tour after DeMarco returned from traveling the world to hole up in his Brooklyn apartment exhausted and depressed, coming down from taking on the world. This spent mental state no doubt informed the weathered mood of Salad Days, an album that saw a newly famous musician reflecting on getting older and feeling weary. While the album ended up exploring this mood and branching out into other territory emotionally and stylistically, the demo recordings that were made beforehand remain primarily in a state of muted melancholia, hazy production, and lethargic performances, putting an even finer point on the spread-thin sentiments.

Salad Days favorites like "Blue Boy," "Let My Baby Stay," and the title track call on DeMarco's dreamiest interpretations of classic singer/songwriter influences like mid-period Kinks or solo John Lennon, and the demos for those songs take on an especially far-reaching quality. Uncertain and unformed, they read like hazy thoughts drifting by, barely written and with even less time put into production. The goofball persona that helped DeMarco charm his fans shows up here in the form of ridiculous working titles for half-cooked instrumental versions of songs, "Horse Hot Wee Wee Water," "Sloppy Lau Lau," and "Pepperoni Playboy" rank as some top-shelf gibberish for these throwaway tracks.

While Salad Days delivered a diverse selection of fan favorites like the synth-heavy "Chamber of Reflection," the demos never quite rise to the dazzling, blissful levels of production that made the album so captivating, nor do they break out of their one-dimensional tone. Super fans will get a lot out of exploring Salad Days Demos, but the more casual listener might find the meandering instrumentals and half-realized ideas drab in comparison to the final product.