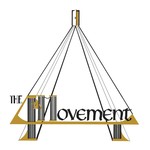 Back in the late 70s, when Death's visionary music proved to be too ahead of its time for the masses, the Hackney brothers relocated to Burlington, VT, for a fresh start. Spiritually inspired, and led by their elder brother, David, the band wrote a set of songs that could be considered a rock opera of sorts, and it was written for God.

Death debuted as The 4th Movement with this private-press Christian rock LP from 1980, now lovingly reissued, and sounding more like Christian punk-rock.

A1. Revelation's Eve
A2. Always at your Door
A3. The CHRIST in You
A4. Seeking The Life That's To Be
A5. The Build Up
A6. You'll Never Go Wrong
B1. He Even Reigns Today
B2. Don't You Think Your Life Is Worth It
B3. Life Without End
B4. Key To Paradise
B5. Love And Music
B6. JESUS (Please Come)