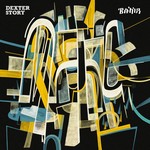 It follows his Wondem LP in 2015, which was also released by Soundway, as well as a single called 'Wejene Aola' featuring Kamasi Washington in 2018.