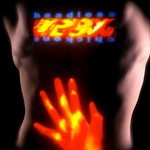 A very special extended reissue of this landmark album. Bundled into a double LP, the selected tracks are a somewhat historic culmination of the band's time over the Body Blow years.

"It's the middle child of Headless Chickens albums, and, as two major releases with quite different track listings, not only kicked off the bands most successful years - all but one of their chart hits can be found on one or other of the releases - but represents the whole span of those years."

The newly remastered, extended reissue nods to the years between 1991-1994, covering original Body Blow tracks such as the two hit versions of Cruise Control, as well as tracks like George (that featured on follow up versions of the album). Trivia point: The latter remains Flying Nun's only #1 chart single to date. Along with remixes, you are further rewarded with rare cuts like their grizzly take on ABBA's Supertrouper.

In the most quintessential Headless Chickens way possible, Body Blow carries a mind and a sound of its own. At the time, it was completely unlike anything else before it. Following its 1988 predecessor, the cult-favourite 'Stunt Clown' (winner of the 2018 Taite Music Prize Classic Record), Body Blow would take the group to new, unchartered heights, reaching a wider audience while managing to stay true to their independent, artistic ways. These years captured on record are a testament to the longevity of the Headless Chickens' bold creativity, and long term influence over a new generation of artists. It is one of those few records that translates well into a new era.

* Track available on the vinyl only