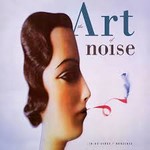 The third album, In No Sense? Nonsense!, by the English avant-garde synth-pop band Art Of Noise is an experimental record. They created a piece where everything fits together in the sound as a whole.

The third album, In No Sense? Nonsense!, by the English avant-garde synth-pop band Art Of Noise is an experimental record. The instrumental power is besides the traditional band sounds (electric guitars, drums, and synthesizers) made up by orchestral and choral music. Art Of Noise created a piece where everything fits together in the sound as a whole. The perfect production is an advance to these wonderful and versatile songs. Some of the songs were included in Hollywood movies like Dragnet (which won Art of Noise a second Grammy nomination), Spies Like Us (with Paul McCartney), and Earth Girls are Easy.

Art Of Noise were an English group founded by members Gary Langan (engineer/producer) and J. J. Jeczalik (programmer), Anne Dudley (arranger), Trevor Horn (producer) and music journalist Paul Morley. The band is noted for their use of electronics and computers in pop music and particularly for innovative use of sampling.

In No Sense? Nonsense! is available as a limited edition of 2000 individually numbered copies on turquoise vinyl. The expanded edition includes 9 bonus tracks and a 4-page booklet. The deluxe vinyl edition is compiled and curated by Ian Peel, with Anne Dudley and JJ Jeczalik. The bonus tracks have been mixed by Gary Langan. Dudley/Jeczalik/Langan currently play live in various formations. A discussion on the making of the album recorded at Spiritland is available to stream here: