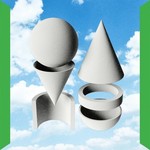 Having met while recording the track "Vessels" for Damon Albarn's world music collective Africa Express, Rhys and Muzi decided to continue working on transcontinental music projects together, first on a remix of Rhys' song "Bae Bae Bae" and eventually on a Gruff Rhys solo album recorded in Wales and produced and mixed by Muzi in both Cardiff and Johannesburg which, at Muzi's request, consists of Welsh-language songs (with bits in Zulu).