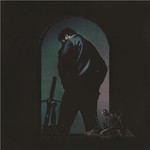 This project is the follow-up to his sophomore album, beerbongs & bentleys, which was released on April 27, 2018. As Post headlines festivals around the world, 2019 has been packed with one milestone and achievement after another. Circles, the latest single from Post Malone heralds the arrival of his anxiously awaited third full-length studio album, 'Hollywood's Bleeding'. Post teamed up with two of his frequent collaborators Frank Dukes and Louis Bell to create the masterpiece that is Circles and we can expect the same excitement for his album.