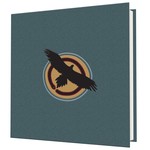 The 18-track album reimagines 11 songs that have defined his career, together with two songs that have never-before-been recorded, two covers of tracks that influenced Archie in his early years, and three band new recordings. Tell Me Why is produced by Paul Grabowsky, and features tracks with Paul Kelly, Sally Dastey, and Emma Donovan.

The double CD is packaged in a stunning hardcover clothbound book, with 32 pages of extensive notes and exclusive photos. The CD is limited edition and individually numbered. Includes a re-recorded version of Archie's song 'Took The Children Away', which is heralded as one of the most important songs in contemporary history. The song won Archie an International Human Rights Achievement Award in 1992.

Not many have lived as many lives - from stolen child, teenage alcoholic, seeker, lover, father, musical and lyrical genius, to social advocate and First Nations leader - as Archie Roach. Archie was awarded a Member Of The Order Of Australia in 2015 for his services to music and for being a prominent supporter of social justice, he has won 5 ARIA Awards from 14 nominations throughout his career, and he won the Ted Albert Award For Outstanding Services To Australian Music at the 2017 APRA Awards.

Took The Children Away
A Child Was Born Here
F Troop
Nopun Kurongk
Just A Closer Walk With Thee (feat. Emma Donovan)
Lighthouse (Song For Two Mothers)
One For Each Person, And One For The Pot
Little By Little
Down City Streets
Rally Round The Drum (feat. Paul Kelly)
Small Child
The Jetty Song
Always Be Here (feat. Sally Dastey)
Tell Me Why (feat. Sally Dastey)
Let Love Rule
Open Up Your Eyes
I'm So Lonesome I Could Cry
Place Of Fire