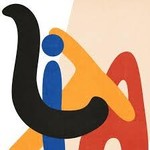 "IT IS TOO EARLY TO GO BACK TO THE MOON?" Indie's #1 slacker submits a cover of his all-time favorite artist, backed with the original version for Light In The Attic's special 7-inch cover series. The chance to own Harry Hosono's original "Honey Moon" on the smaller format is enough to make this release worth your dough, but Mac Demarco's cover is pretty tight too. The production is slick, stripped-down, infused with Eastern vibes, and he sings in Japanese! Not surprising though; he's been celebrating Hosono's catalog and looking to esoteric sounds from Japan since way before it was a thing. Props to LITA for hooking the whole thing up, following their extensive Hosono reissue program (fingaz crossed for Tropical Dandy next) and similarly-groovy 7" featuring a cover of Donnie & Joe Emerson's "Baby" by Ariel Pink and Dam-Funk. Honey colored wax, plays at 45RPM, recommended.