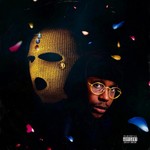 Featured on the project is some of UK music's most respected artists - Ghetts, Kojey Radical, Samm Henshaw and Rachel Chinouriri.

This album is the story of Che's experience being a young black man growing up in London - the struggles, the growth, his relationships with his friends and trying to create something special through art even with odds stacked against him. Che uses the term 'The Worst Generation' to describe the negative image cast upon him and others who grew up like Che, the negative stereotype often placed on young black men and an insight into how it feels navigating life under this cloud.

The album includes singles 'My Block', inspired by the story of his friend Julian Cole who's neck was broken after an altercation with UK police, 'Black Ones (feat. Ghetts)', and 'Dark Days (feat. Kojey Radical)'.

The Guardian called Che's' 'My Block' one of "the protest songs of Black Lives Matter 2020".