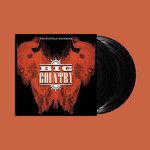 $65.00 In stock with supplier
ETA: 2-5 business days add to cart more by this artist

Released originally in 1993, The Buffalo Skinners is Big Country's sixth studio album. The self-produced, impassioned explosion of rock roundly delivers on pulling this band's working-class masculinity, love of full-throated guitar and sense of political and social outrage together in one rousing, melodic, lyrical onslaught.

Originally released on a limited single LP vinyl release, this new version has the album split across 3 sides for audio enhancement. The fourth side features B-sides from the singles Never Take Your Place and Eastworld, along with the demo of the track Buffalo Skinners and the US Mix of The One I Love.