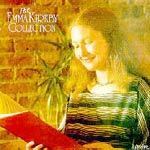 'An attractive release, not only for the almost unfailing charm with which Kirkby imbues the music but also as a record of how her voice has blossomed over a period of some two decades' (BBC Music Magazine)

'An attractive release, not only for the almost unfailing charm with which Kirkby imbues the music but also as a record of how her voice has blossomed over a period of some two decades' (BBC Music Magazine)

Emma Kirkby never expected to be a professional singer. As a classics student at Oxford, and then as a schoolteacher, she sang for pleasure in choirs and small groups, always feeling most at home in Renaissance and Baroque repertoire.
She was involved in the first years of The Taverner Choir and the early Decca Florilegium recordings with The Consort of Musicke and The Academy of Ancient Music, at a time when most college-trained sopranos were not seeking a sound appropriate for early instruments. She therefore had to find her own approach, receiving enormous help from Jessica Cash in London and from the directors, fellow singers and instrumentalists with whom she has worked over the years, making well over a hundred recordings of all kinds, from sequences of Hildegard of Bingen to madrigals of the English and Italian Renaissance, cantatas and oratorios of the Baroque, and works of Mozart and Haydn. Despite all this, Emma prefers live concerts, especially the pleasure of repeating programmes with colleagues, whether Consort of Musicke, London Baroque, or larger Baroque and Classical orchestras, where nothing is ever quite the same as the last time.

On Hyperion, Emma has recorded with Gothic Voices, Tafelmusik, The Parley of Instruments, The King's Consort, The Brandenburg Consort, The Consort of Musicke, The Taverner Players, as well as in recital with Anthony Rooley, singing music by Dowland and his contemporaries, Machaut, Monteverdi, Purcell, Bach, Handel, Vivaldi and others.