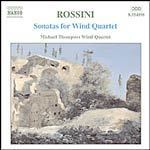 "The French Revolution was a time of popular uprising, for mass propaganda and for harnessing every possible weapon in the fight against political tyranny. From the outset music was used to carry particular messages and act as a rabble rouser: countless choruses with political messages were composed, and accounts of the birth of the Marseillaise evoke something of the way in which they were used. "The song came with the fédérés from Marseille, where it was all the rage," wrote a contemporary newspaper. "They sing it very harmoniously and when they get to the bit where they wave their hats and swords in the air and all shout together, "Aux armes, citoyens!" it really sends a shiver down the spine. These latter-day bards have spread this martial air in all the villages they passed through and in this way have inspired the rural areas with civic and warlike feelings…"

The rousing, predominantly outdoor nature of these songs usually implied the need for a wind band accompaniment and hence trained players to support the Revolutionary cause. In 1792 Bernard Sarette set up a music school attached to the National Guard, and in 1796 this evolved into the legally constituted Paris Conservatoire with 115 professors ready to teach the 351 students who started their studies there in October. All musical disciplines were taught there but the Conservatoire continued to be known in particular for the excellence of its instruction in wind instruments and in 1818 this was enhanced by the appointment of Antoine Reicha as professor of harmony and counterpoint.

Born in Prague in 1770, Reicha undertook his training as a musician in Bonn and in 1801 moved to Vienna before settling in Paris in 1808. There he worked mainly as a composer and teacher, and although many of his compositions are theoretical solutions to technical problems his 24 works for flute, oboe, clarinet, horn and bassoon established the wind quintet as a viable form for chamber music. Written between 1811 and 1820, these increased interest in the possibility of other groupings of wind instruments and many shadowy composers such as Abeltshauser, Catel, Gambaro, F.R. and M.J. Gebauer, Louis Jadin and M.J. Mengal, tried writing original works for a quartet of flute, clarinet, horn and bassoon. Today, however, the early nineteenth century wind quartet is best known in the form of the arrangements which Frédéric Berr made of five of Rossini's six sonatas for strings.

Rossini composed these sonatas in 1804 when he was only twelve years old for Agostino Triossi, a 23-year old landowner who had befriended him. He later recalled that "they were all composed and copied in three days and performed in a doggish way by Triossi on the double bass, Morini (his cousin) on first violin, the latter's brother on cello and the second violin by myself. I was, to tell the truth, the least doggish." He also described them as "horrendous.... composed by me.... at the most youthful age, when I hadn't even had a lesson in thorough-bass," but clearly retained a fondness for them and five of the six were published in Milan around 1825/6.

By now Rossini's music was known throughout the Western world but was particularly popular in Paris, where he had lived since the autumn of 1824. Much was expected of him and the first work which he composed in France, the opera Il viaggio a Reims, was first performed, with Rossini himself conducting, at the festivities surrounding the coronation of Charles X in Rheims Cathedral in June 1825. The clarinettists in this performance, Frédéric Berr and Giovanni Battista Gambaro, came from the Italian Theatre in Paris, and must have made their presence felt in the air and variations for two clarinets and orchestra which appears in the ballet sequence but we do not know if Rossini made Berr's acquaintance any more closely on this occasion. Indeed, it seems unlikely that the two were close, for two years later Berr arranged only the five sonatas which Rossini had published in Milan and not the sixth, which remained unpublished until the twentieth century.

Berr had a long pedigree as a wind player and arranger. As a boy he had learned flute, bassoon and violin and during the Peninsular Wars played bassoon in a band attached to a French infantry regiment. When he returned to France: he gave up the bassoon in favour of composition, studying first with François-Joseph Fétis and then with Reicha, and then between 1821 and 1825 published a Journal d'harmonie which supplied both original works and arrangements to the many small military and civilian bands which flourished at the time. The 1825/6 publication of Rossini's string sonatas and the continuing wild public enthusiasm for his music was therefore probably quite enough to convince Berr that it would be a profitable venture to add these works to his growing list of arrangements for wind instruments, for there is no indication that he wrote them for any particular ensemble. Gambaro, his colleague at the Italian Theatre, intended his works for the same instruments to be played by a group led by the clarinettist Charles Duvernoy, and Berr himself may have run an ensemble, but there was clearly a market for such works among Parisian players, whether he had a particular group of performers in mind or not.

One problem seems to have confronted Berr, however: it was conventional to publish such works in sets of six. Apparently unaware of the remaining unpublished sonata from Rossini's 1804 collection, he therefore seems to have decided to arrange a further work, an Andante followed by a theme with variations, to round up the numbers, in his own publication. This work has traditionally been thought to have been written for wind quartet by Rossini himself but the way in which the four wind parts are arranged is remarkably consistent with the other quartets in Berr's set and no one has been able to explain why Rossini might suddenly have decided to write one isolated work for wind quartet or why it has been ascribed to 1812 while he was still living in Italy. It therefore seems more likely that Rossini wrote it for a different ensemble, perhaps as part of an opera score, and that Berr arranged it from there. The result is a set of six delightful and idiomatic wind quartets, which retain the spirit of Rossini's originals and remain a pleasure to perform and to hear today.
- John Humphries

The Michael Thompson Wind Quartet brings together the cream of England's finest wind instrumentalists. Michael Thompson himself has long been recognised as the finest solo horn player in the country today, maintaining the great tradition of horn playing established by the members of the Brain family and continued by Barry Tuckwell. Playing the flute is Jonathan Snowden, for many years a soloist of choice for concertos and chamber music alike. The clarinettist is Robert Hill, one of the outstanding clarinet players of his generation. Bassoonist John Price provides the essential witty bass foundation for the Quartet. With instrumentalists of this calibre the Michael Thompson Wind Group has established itself as one of the most outstanding ensembles of its type performing and recording in Europe today.

Mose in Egitto (1819 Naples version of the complete opera)