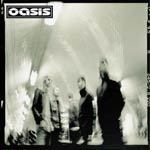 Fifth album - and best since "What's the Story Morning Glory"!

"Heathen Chemistry" is Oasis' fifth album, and their best since their second, "What's the Story Morning Glory", which became the best-selling British album ever (in 1996, Oasis sold 18 million albums) and reached 5 x Platinum in New Zealand.

"We've moved on a wee bit", says Noel. "But to re-invent ourselves completely we'd have to be contrived and we're not capable of that. I couldn't take on an alter ego and I know Liam couldn't because I'd be stood behind him going "you look like a twat". I don't think I'd look good in leather trousers anyway. Our favourite bands are still The Beatles and the Sex Pistols. We do Oasis music and that's it."

The songs on "Heathen Chemistry" were written by Noel Gallagher (6), Liam Gallagher (3), Gem Archer (1) and Andy Bell (1). The album was produced by the band and mixed by Mark 'Spike' Stent.

The first single, 'The Hindu Times' was a No. 1 single in the UK and the second single is "Stop Crying Your Heart Out"

Oasis are back with their best album in a long time. Get into the music and see for yourself.