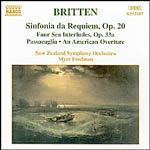 The New Zealand Symphony Orchestra (NZSO) is now in its 53rd year. It numbers 95 players and is supported by an administration staff of 25. The NZSO is an orchestra of acknowledged international standing which attracts prominent international artists and conductors. Based in Wellington, the NZSO performs regularly in centres throughout New Zealand.
The New Zealand Chamber Orchestra was founded in 1987, its players being leading members of the NZSO. It performs without a conductor, direct from the first violin chair by its Music Director, Donald Armstrong.

The NZSO and NZCO perform major symphonic and chamber repertoire respectively in seven subscription centres, playing in the region of 90 concerts between them. The NZSO also performs light music, special concerts for families, and energetic education programme for schools, and accompanies opera and ballet.