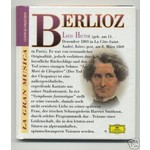 Includes a musical reference chart which gives you a quick, at-a-glance path through the music.

The listening guide which takes you through the music in detail, explains what is happening, increases your understanding and heightens your enjoyment of it.

Barenboim started piano lessons at the age of five with his mother, continuing to study with his father who remained his only teacher. In August 1950, when he was only seven years old, he gave his first formal concert in Buenos Aires.

In 1952, the Barenboim family moved to Israel. Two years later, in the summer of 1954, his parents brought him to Salzburg to take part in Igor Markevich 's conducting classes. During that summer he also met and played for Wilhelm Furtwängler. In 1955 he studied harmony and composition with Nadia Boulanger in Paris.