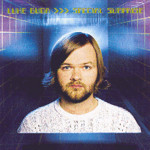 Luke Buda (of The Phoenix Foundation) has a unique melodic aptitude, a soft spot for lush synthy excess and a lolloping rhythmic charm - some absurdly good future New Zealand pop.

Born in Poland, Lukasz Pawel Buda aka Luke Buda, came to New Zealand in 1987 - a year he remembers because it's when the All Blacks last won the Rugby World Cup! 'Special Surprise' is actually Buda's second solo outing - his 1st a '02 mini-album called 'The C-Sides' described by Grant Smithies in the Sunday Star Times as "distressingly addictive”, awarding it 4/5 stars.

Most people will know Buda from his dayjob in The Phoenix Foundation. They've released an EP and two albums, the most recent having just sold gold in NZ. Both albums were nominated for 'Album of the Year' at the NZ Music Awards. Buda is responsible for many great Phoenix Foundation songs, such as "Going Fishing" from 'Horsepower' and "Sea World" from 'Pegasus'.

Most of the songs on 'Special Surprise' were written and recorded in early 2005 during an especially productive time, following the recording of 'Pegasus' and prior to the birth of Luke's son Moses. Luke says "It was my version of the 'nesting' associated with the coming of a new human - it's been said many husbands and partners renovate the house or build the extra room during pregnancy as a way of contributing. I guess my way was to record an album. 'Special Surprise' is like the healing balm.”

Luke Buda has a unique melodic aptitude, a soft spot for lush synthy excess and a lolloping rhythmic charm - we think he has come up trumps with some absurdly good future pop. Yes, it is, as it says on the tin, a 'Special Surprise' indeed!