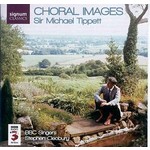 "The BBC Singers under Stephen Cleobury give strong, passionate performances...this is strong music and it responds to strong, technically confident performances. But here, the BBC Singers go far beyond mere technical competency, creating a series of varied but dazzlingly vibrant performances. If you love good choral music, then buy it."
(MusicWeb April 2007)

"As a follow up to their fine Tippett song disc, featuring John Mark Ainsley (see review), Signum have now issued one covering Tippett's choral music. Although Tippett worked extensively with choirs throughout his life, smaller-scale choral pieces did not feature all that strongly in his repertoire. This disc covers all of his significant works for choir alone, or choir and organ. The surprise is that there isn't more of it and that there are no large pieces comparable to those which Britten wrote for unaccompanied choir.

That said, there is some very fine music on the disc and much of it is currently not available on disc. The BBC commissioned The Weeping Babe from Tippett in 1944 when the BBC Singers premiered it. The current BBC Singers have now recorded all of Tippett's choral music under the direction of Stephen Cleobury.

Tippett's earliest published choral pieces were the two madrigals, settings of The Source by Edward Thomas and The Windhover by Gerard Manley Hopkins. Written in 1942, they were dedicated to and first performed by the Morley College Choir. Both pieces use Tippett's modern madrigal manner, both are complex part-sings with much vigorous, multi-textured writing. You can't help but be impressed at the standard that the amateur, war-time Morley College Choir must have achieved to have event attempted these pieces. The BBC Singers respond to the composer's challenge with relish. In many places on this disc they make light of difficulties creating effortlessly dazzling textures.

Also in the 1940s Tippett wrote two more choral pieces, to commission, even though he had complained that working on a small scale was not to his taste. Plebs Angelica might be small, but it is tricky to sing and dazzling in execution. It was written for Canterbury Cathedral Choir but first performed in the cathedral by the Fleet Street Choir, directed by T.B. Lawrence. The text is a medieval Latin lyric and Tippett uses two antiphonal choirs to produce some glittering, multi-rhythmed textures.

The other 1940s choral piece was the BBC Commission, The Weeping Babe. The poem is by Edith Sitwell, a serious nativity carol that prefigures the Crucifixion. Tippett creates a complex, powerful part-song with a complex interweaving of rhythms.

Tippett's major achievement during this period was the oratorio A Child of Our Time. In 1958, at the request of his German publisher, Tippett made an a cappella arrangement of them; two are essentially unchanged from the oratorio but in the three others Tippett significantly re-worked material to replace the instrumental parts. The original solo parts are retained, sung by the choral leaders. Here the solos are impressively sung by members of the BBC Singers: Jennifer Adams-Barbaro, Jacqueline Fox, Robert Johnston, Stuart MacIntyre. Whilst some people will still prefer the orchestral version, Tippett shows great skill at re-creating this music for his unaccompanied chorus whilst retaining the essential feeling of this wonderful pieces. Sung here by a relatively small group of singers (26 in all), we gain immensely in clarity and flexibility. It is undoubtedly thrilling to hear the Spirituals sung by a large chorus, but here the more concentrated texture makes them profoundly moving.

Dance, clarion air was Tippett's contribution to A Garland for the Queen, the 1952 collection of songs for the Queen's Coronation. All the texts were specially written, Tippett's by Christopher Fry. Using this Tippett creates a dazzling, dancing part-song inspired by madrigals of the past.

In 1957 Tippett was commissioned by North West German Radio, Bremen; the result was Four Songs from the British Isles. In the event, the amateur choir for whom the piece was intended, found it too tricky and the first performance was given in 1958 by the London Bach Group. Tippett's folk-song arrangements are long, surprisingly substantial and satisfying; these are no mere bonne-bouches. In each song Tippett generally starts off with relatively straight presentation of the tune but gradually surrounds it with a web of more complex background material. Over the Sea to Skye was intended to be included in the set but had to be discarded due to copyright reasons and was only discovered at Schott's London offices in 2002.

Unto the Hills is a simple, for Tippett (!), hymn tune which he wrote for the Salvation Army in 1958. This came about because Wadhurst, where Tippett was living, had a strong Salvation Army band and they used to play at his house at Christmas; the bandmaster asked Tippett for a piece and this was the result.

But this piece is not really typical of the changes that were happening to Tippett's music around this time; he introduced sparser textures and more astringent harmonies. His dazzling pastoral style would not recur until his wonderful late orchestral pieces.

The key work in this period was the opera King Priam and Lullaby sets a W.B. Yeats poem which includes references to the Priam story. The piece was written for the Deller Consort, with a solo part full of declamatory flourishes written for Deller himself. The result is quieter than some of the earlier pieces, with a jagged lyricism; the angular solo part is admirably sung by Sian Menna, though I would have been interested to hear a counter-tenor of the Deller school singing it.

Tippett only wrote one piece setting liturgical text, his Anglican Evensong canticles written in 1961 for the 450th anniversary of the founding of St. John's College, Cambridge. The college choir, under George Guest, first sang them in March 1962. The Magnificat is remarkably uncompromising with a mainly homophonic choral part interrupted by organ flourishes; these were designed to show off the new trumpet stop on the St. John's organ. The Nunc Dimittis gives the lion's share of the work to soloists with the treble soloists - beautifully sung here by Margaret Feaviour - taking the lead, again with occasional organ interruptions. The result is austere and lovely.

These are the last choral pieces that Tippett wrote; all his later work for choir involves large-scale choral and orchestral forces. We might regret what Tippett did not write. But, despite his experience as a choral trainer he obviously found the limitations of choral writing restricting rather than liberating.

The BBC Singers under Stephen Cleobury give strong, passionate performances. There were occasional moments when I did wonder whether less vibrato and purer tone might have worked better; but this is strong music and it responds to strong, technically confident performances. But here, the BBC Singers go far beyond mere technical competency, creating a series of varied but dazzlingly vibrant performances. If you love good choral music, then buy it."
(MusicWeb April 2007)

A Purse of Gold: Irish Songs by Herbert Hughes