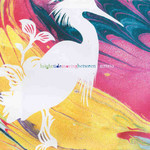 "Rattle's evocative recording realises the piece's inner beauties. Pizzicato notes have a liquid gleam to them, the piano lulls in its ripplings. In the final few minutes of the first movement, the musicians effortlessly travel from impressionistic chords through touches of rhetoric and birdsong to a fluttering chordal farewell...The NZ Trio's 2005 album Spark showed us how well New Zealand composers could write for this medium; now, with brighttidemovingbetween, their voices have been placed in a world and Pacific context." (William Dart NZ Herald)

NZ Trio is widely hailed for innovative repertoire and dynamic interpretations. Ensemble in residence at the University of Auckland, NZ Trio has a reputation for surprising and dazzling both contemporary and classical music lovers.

The group's latest album Bright Tide Moving Between is the second release from the group and their first on innovative classical, 'world music', and jazz label Rattle Records.

Featuring evocative, imaginative and accessible repertoire that incorporates the music of several cultures Bright Tide places New Zealand music in an international context, alongside well-recognised international composers. The album signals a maturing artistic focus as NZTrio keeps one foot proudly on the shores of Aotearoa, while taking its listeners on a journey out through the Pacific Rim.

In 2007 the Trio featured in the AK07 Festival in March and undertook a Celebrity Tour with Chamber Music New Zealand in April. The middle of the year saw further concerts in Christchurch and Auckland and a key role as the 'house band' for the Michael Hill International Violin Competition. Bright Tide Moving Between is being released to coincide with the group's April Fire & Water tour.

"…a miracle of synergy and synchronicity…" (William Dart, NZ Herald)