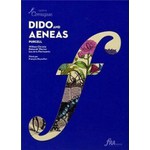 Libretto by Nahum Tate based on a story by Virgile

Coproduction with Netherlands Opera,Amsterdam, Production adapted for Vienna Festival May 2006

A genius with the ability to combine French and Italian influences in an art that transported the English language, Purcell may be William Christie's favourite composer.This production of Dido and Aeneas, directed by Deborah Warner and interpreted by Les Arts Florissants, was overwhelmingly acclaimed when created at the Vienna Festival in 2006 and again when repeated at the Opéra Comique in 2008.This short opera, one of the earrliest, is particularly dear to William Christie who has recorded and directed it on several occasions.

Brilliant stage direction by Deborah Warner combines various time spaces in the 17th century with the present day, enhanced by the subtle lighting schemes of Jean Kalman. The elegant production for television by François Roussillon entirely sustains the stage direction and music bringing to life the performance recorded in December 2008 at the Opéra Comique.