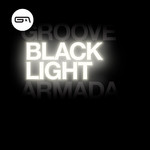 The masters of reinvention move in some thrilling new directions-- including intriguing and fascinating collaborations with Bryan Ferry, Will Young and Nick Littlemore (Empire Of The Sun / PNAU) to name a few.

Groove Armada - Andy Cato and Tom Findlay - present their hotly awaited new studio recording 'Black Light', which sees the masters of reinvention move in some thrilling new directions. Written and produced by Cato and Findlay, their sixth studio album ranks among their best work to date.

"We needed a new challenge, explains Andy. "Bands like Friendly Fires, Klaxons, Passion Pit, and MGMT, they're the ones really leading the charge, making genuinely exciting, dance-informed music. That sound really pushed us back towards people like Bowie, Fleetwood Mac and Roxy Music."

Recorded in Tom's studio in North London, the blistering 11-track album features intriguing and fascinating collaborations with Bryan Ferry, Will Young and Nick Littlemore (Empire of the Sun / PNAU) to name a few.

Bryan Ferry supplies his first ever guest vocal to the softly intense "Shameless". Having had 'Love is a Drug' on repeat for much of the recording it seemed only right. While the yearning voice heard on the stirring house lullaby "History" belongs to Will Young, a good friend of Andy's.

With their fingers sitting permanently on the musical pulse, Andy and Tom recruited lesser-known quantities but equally impactful in Nick Littlemore, electro wonder kids Fenech Soler, livewire female vocalist SaintSaviour and Brooklynite Jess Larrabee. Nick appears on the first song for the record "Warsaw" - a juddering electro-rocker that became an online hit when it was offered as a free sneak preview in September. His vocals drive the delicate "Fall Silent", the menacing "Not Forgotten" and 80s-tinged popper "Cards To Your Heart".

Another of the main contributors here is SaintSaviour who fronted the 'Black Light' preview tour in October. The singer has lent her crystalline vocals to the album's first single "I Won't Kneel", as well as the second single "Paper Romance", who she shares vocals with Ben from electro wonder-kids Fenech Soler. SaintSaviour also appears on the driving, electro-"Time and Space" alongside Jess Larrabee. "We've never actually met Jess," says Andy, "We got really into her albums and started emailing tracks for her to add vocals. Her music usually has more of a White Stripes kind of vibe. She got really into the disco flavour and absolutely nailed it."

Larrabee lends her voice to the album's gorgeous mellow gem, "Just For Tonight" and provides some New York attitude to the spiky, rocked-up "Look Me In The Eye Sister" - a track the Yeah Yeah Yeahs would kill for. "It's amazing to make a record at this point in your career that you're viscerally excited about," says Tom. "Even people who've hated everything we've ever made before could absolutely love this record. I'm incredibly proud of it."

More Than This: The Best Of Bryan Ferry + Roxy Music